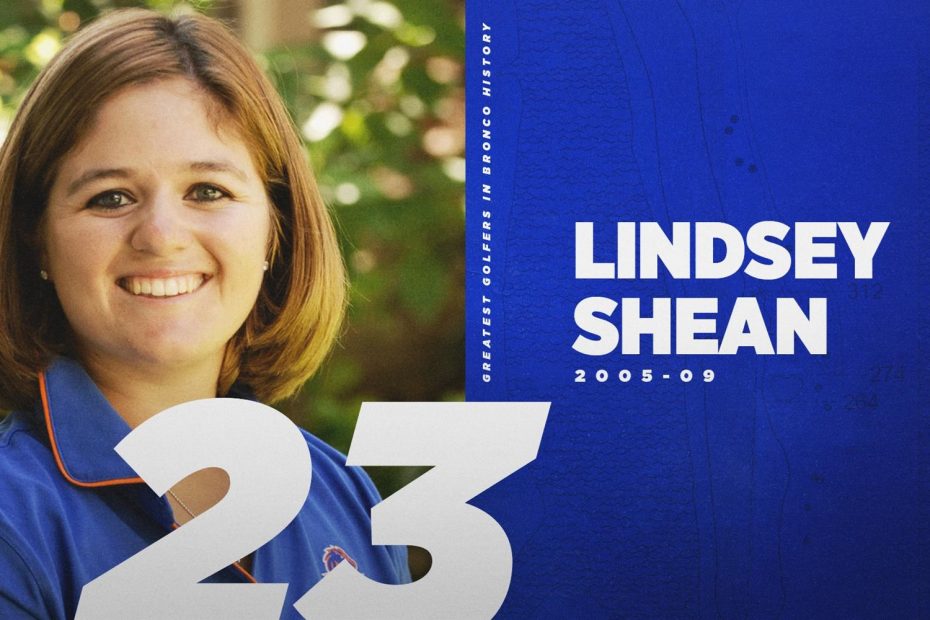 “My family was a big part of my golf career and experience at Boise State,” said Lindsey Shean, a member of the women’s golf team from 2005-09.

Shean, an only child, learned to play golf from her father. He played golf leisurely and regularly invited Shean to drive the golf cart for him during his rounds.

Her passion for golf began at her local course in Salinas, Calif. She had the opportunity as a kid to play in a collegiate amateur women’s golf tournament hosted by San Jose State. Shean played with UCLA that day and recalls telling her dad she wanted to be like them and compete on the collegiate level.

From that day on, her family became her number one fans. Whether it was her parents or extended family, they would travel in a pack to support Shean during her tournaments.

In the rare event her family could not make it to a tournament while Shean was a Bronco, then she’d look up and see her roommate and longtime friend Mandi Hedberg’s family cheering her on. Hedberg was honored last week as the 25th-ranked golfer.

“We took what we learned as a family from junior golf to college golf and pushed those lessons into our family business,” said Shean.

In addition to being a general manager, Shean is also a wife and mother. She and her husband Quinn have a two-year-old son named James who is slowly becoming a golfer himself.

“Maybe we have a future Bronco men’s golfer on our hands,” said Shean. “I sure hope so.”

In the record book, Shean is tied for first with Hedberg for individual lowest round at a conference championship, firing a 70 (-2) at the 2008 WAC Championships.

That round of golf is a fond memory for Shean, as her entire family was in attendance. She recalls walking up to the 18th green and seeing them all there.

“I’ll never forget that round of golf for as long as I live,” said Shean.

Shean also has the seventh-lowest 54-hole score at a conference championship, shooting 226 (79-77-70, +10) at the 2008 WAC Championships. She was Boise State’s top finisher, entering the clubhouse in eighth place.

“I had the best experience as a student-athlete,” said Shean. “I can’t be more thankful for my time at Boise.”

When you click on links to various merchants on this site and make a purchase, this can result in this site earning a commission. Affiliate programs and affiliations include, but are not limited to, the eBay Partner Network